Understanding the distinction between gross and net pay is critical for determining how much money you’ll earn on pay day. It’s also useful for understanding your taxes and budgeting for your monthly living expenditures. We’ll explain the fundamental distinctions between gross and net salaries and show you how to calculate them. Let’s get started!

Many people have gross pay and net pay confused. The two are both types of profit but there is a significant difference between them. This article will explore what gross and net pay are, how they differ from each other, and why it’s important to know the difference (think savings!) 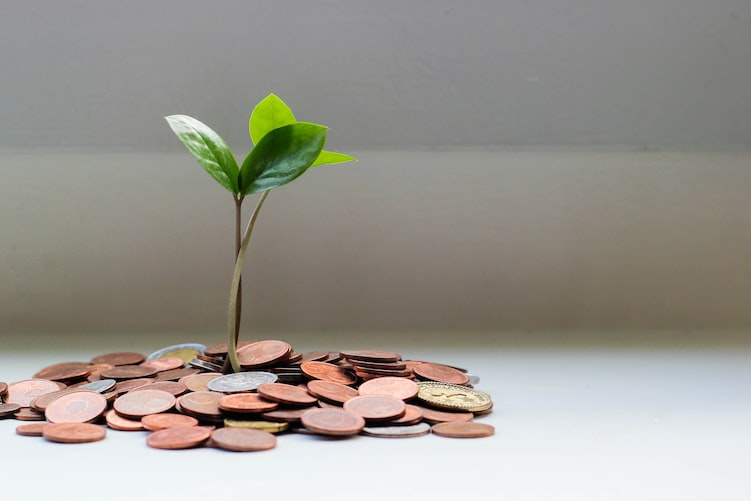 The amount of money an employee receives from an employer before any deductions are made, such as health insurance, taxes, or student loan payments. When a position is advertised, the promised compensation is commonly stated as the gross income.

This is also known as your base salary, and it does not include any short or long-term incentives or perks. Net pay is the amount of money left over after taxes and deductions are subtracted from your gross pay.

If you are a salaried employee, you will often get a salary breakdown on your paystub each month. Gross pay is often displayed here—this is the higher amount and is frequently stated at the top of the check stub. All taxes and deductions are usually listed below it. Each of these items will have a monetary value next to it, which will be removed from your total pay. Your net pay is the amount left over after this.

What Is Gross Pay?

Gross pay is the amount of money an employee makes before any deductions are taken from the salary. The amount of gross pay in a person’s salary package will vary depending on their job title and how much they’ve contributed over time with things like overtime hours worked.

Some people find gross pay numbers confusing because it’s not always clear which ones factor into your final paycheck when you do taxes– but all those figures come off at tax time so it shouldn’t really interfere with understanding how this number works for someone who has a traditional office-based position.

The gross pay for an hourly employee is calculated by multiplying their hourly rate by the number of hours worked. Subsequently add any other income sources, including overtime, tips, and commissions.

For example, if an employee works 60 hours over the course of two weeks and only makes $18 per hour on average, then their gross pay for those two weeks would be $1080. Gross Pay is more often than not seen as a person’s total income because it doesn’t include anything that has been taken out or taxes withheld from what they’ve made.

The difference between a salaried worker’s net annual income and their yearly salary can be confusing for many people, but if you know the exact formula to calculate it then doing so becomes much simpler.

Gross Pay for Self Employed

What Is Net Pay

Net Pay (sometimes called “take-home” or take-out pay) refers to how much money an individual has available after they have paid tax, deductions from their paycheck such as Social Security contributions, or other types of insurance premiums. To find Net Pay on your paycheck stubs, simply subtract all taxes withheld plus any pre-tax deductions including health care costs from Gross Salary. The resulting number reflects what remains in your check after payroll withholdings.

How to Calculate Net Pay

Calculate your taxable income by subtracting your voluntary deductions and retirement contributions from your gross pay. The net pay is then determined by subtracting all taxes (both federal and state) from the taxable income. Net pay is also known as the “bottom line” because it is the bottom number on an income statement.

How to Determine Your Gross Income

This is influenced by how you are compensated and whether you are paid annually or hourly. A salaried employee is paid a predetermined sum that is generally divided across a year. If you’re paid by the hour, often known as a wage employee, your income will change based on how many hours you work. So, let’s have a look at the various gross revenue computations.

How to Calculate Gross Income as a Salary Employee

When you are given an annual salary, you will frequently notice a repeating amount on each paystub that shows your gross pay for that month. To calculate your yearly gross compensation, multiply your gross monthly income by 12. To get at your overall gross amount, make sure you account for any short or long-term incentives you may earn.

How to Work Out Your Gross Income as a Wage Earner

There are two ways to compute your gross revenue as an hourly pay employee. If you have prior year’s monthly pay stubs, just sum each month’s gross revenue to get your yearly gross income.

It’s worth mentioning that this will alter if you’re attempting to forecast your future earnings. If you haven’t worked these hours yet but have agreed to normal working hours, you can calculate your gross pay using the following formula:

You may then multiply your monthly compensation by four weeks, or your yearly gross pay by 52 – the amount of weeks in a year. Make careful you subtract vacation days for weeks you know you’ll be taking.

How to Understand Net Pay From Gross Pay

All of the information you want should be on your paystub, so double-check it before beginning any hard math problems. Gross salary is often the highest sum displayed before any deductions are applied. Your net pay will then be the last figure at the bottom of your pay stub and should match the amount placed in your bank account.

Knowing the difference between gross income and net income helps you prepare for your financial decisions in life by being aware of how much money will be available for day-to-day expenses. Through this, you can create a budget that matches the kind of lifestyle you are aiming for.

Revenue is the income generated by a company through its various business activities. It can be divided into two categories: operating revenue and sales/revenues from investments or other sources of funds (i.e., debt financing, stock offerings).

What deductions can I expect to come out of my paycheck?

Deductions may be taken from your paycheck for a variety of reasons. A number of them are mandatory, such as State and Federal income taxes, social security taxes, Medicare, agency shop fees, and retirement contributions. The amount of other deductions is dependent upon your enrollment in benefit programs and other choices. These include, for instance, health insurance premiums, savings bond or credit union deductions, and United Way (SEFA) contributions.

What is meant by a salary withholding program?

A “salary withholding and lump sum payment program” was implemented starting in 1990, in which employees’ paychecks were reduced by 10% for the first five paying periods. The payroll will then revert to 100% after the fifth payroll period, and employees will receive their full paychecks.